Upholding Traditions During a Pandemic 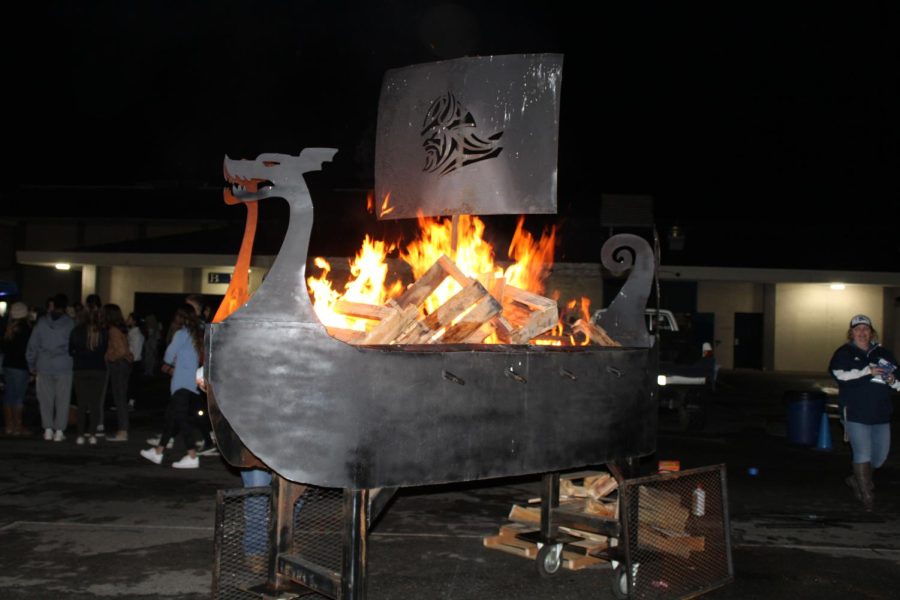 The 50th Annual Almond Bowl game on October 22 had a large turnout from both Chico High and PV, as well as other Chico residents who were eager to watch the popular game.

Every year, the Almond Bowl game between Chico High and PV is a huge community event filled with hundreds of Chico residents, coming with their friends and family to enjoy the game, performances, and vendors. This year, usual festivities were cancelled or modified, and game tickets were regulated, selling side-specific tickets strictly online. This, however, did not stop Chico residents from coming. Despite the lack of ticket sales at the gate, after missing Almond Bowl last year, not only were there returning fans this year, there were also new fans in the stadium as well.

Returning PV Alumni from the Class of 1992, Brian Blakley, remarked that it was a “Wonderful game, this is always an exciting time to come out and watch all the kids. It’s such a great thing for the community, and of course, anytime PV wins, it’s a great day to be a Viking.”

As for new fans, one mother brought her children to the game, one of which was attending their first Almond Bowl, and another, who was taking part in their first football game. Both children were all smiles as they described how much fun they were having. Inspired by the game, the younger boy, who was attending his first football game, said how next year, he was looking forward to playing football for himself.

As the Almond Bowl game between Chico High and PV approached the week of October 18-22, many festivities occurred at PV to celebrate the occasion and to evoke school spirit and optimism for the game.

For that week, PV’s student government organized a Spirit Week where each day was a different dress-up theme. To name a couple, there was a “Jinx Chico” Day to promote jestful teasing towards the rival team, and Construction/Neon Day, which was accompanied with fun phrases like: “PV puts in the work.”

“[Spirit week] was pretty good…I liked [Friday’s]…blue and white…I think [everyone] went all out,” mentioned Willard Atkins, a freshman at PV. Himself included, Atkins was decked out in mardi gras beads, and face paint “was all over my body and I had blue pom poms” during the game.

Leslie Mendez, another freshman at PV, said she had never been to an Almond Bowl game before.

“I am loving [spirit week], I love meeting new people…I am loving it, I like the spirit in PV right now…Peanut Bowl and spirit week, dressing up, I like dressing up. I liked the construction day,” shared Mendez.

Other spirit-boosting events like the annual Almond Bowl bonfire had a large turnout from many PV students. Met with an impromptu dance circle, ice cream, Campus Supervisor John Forayter’s dog, games, and a live music performance from PV’s band, PV students let loose and enjoyed the night with friends and as a school.

Additionally, the same night as the bonfire, the weekly freshmen football dinner had been extra special due to the Peanut Bowl being the next day. Parents, coaches, and student government decorated the new cafeteria to create a fun and exciting atmosphere for the freshmen team to get fired up for their upcoming game.

Samson proved to be right the next night when the freshmen team won their big Chico game.

The day of the Almond Bowl was met with excitement from many students. While the student government from PV and students from Chico High were busy making the football stadium show their festive respective school spirit, PV students were ready for the game.

This years’ halftime shows were creative, fun, and well-executed, with performances from both high schools’ bands, Color Guards, and cheerleaders. PV’s band and Color Guard halftime show was inspired by the Star Wars TV series, “The Mandalorian,” and other Star Wars movies. Each moment of PV’S recounted the journey from the original saga’s Imperial March to recent scores from “The Mandalorian.”

PV Color Guard member, Chrestiena Habroun, a sophomore, said, “We’ve just been practicing a lot, and making sure that we have everything down and somewhat perfect for the game.” Referring to “The Mandalorian” performance, “We’ve been coming up with new stuff” Habroun teased.

After an exciting game, with PV winning the 50th Annual Almond Bowl 22-14, fans from both sides came onto the field to connect with friends from the opposing side. At the end of the day, school rivalry disappeared, we were still all friends, and from the same hometown, and therefore, we are all united.